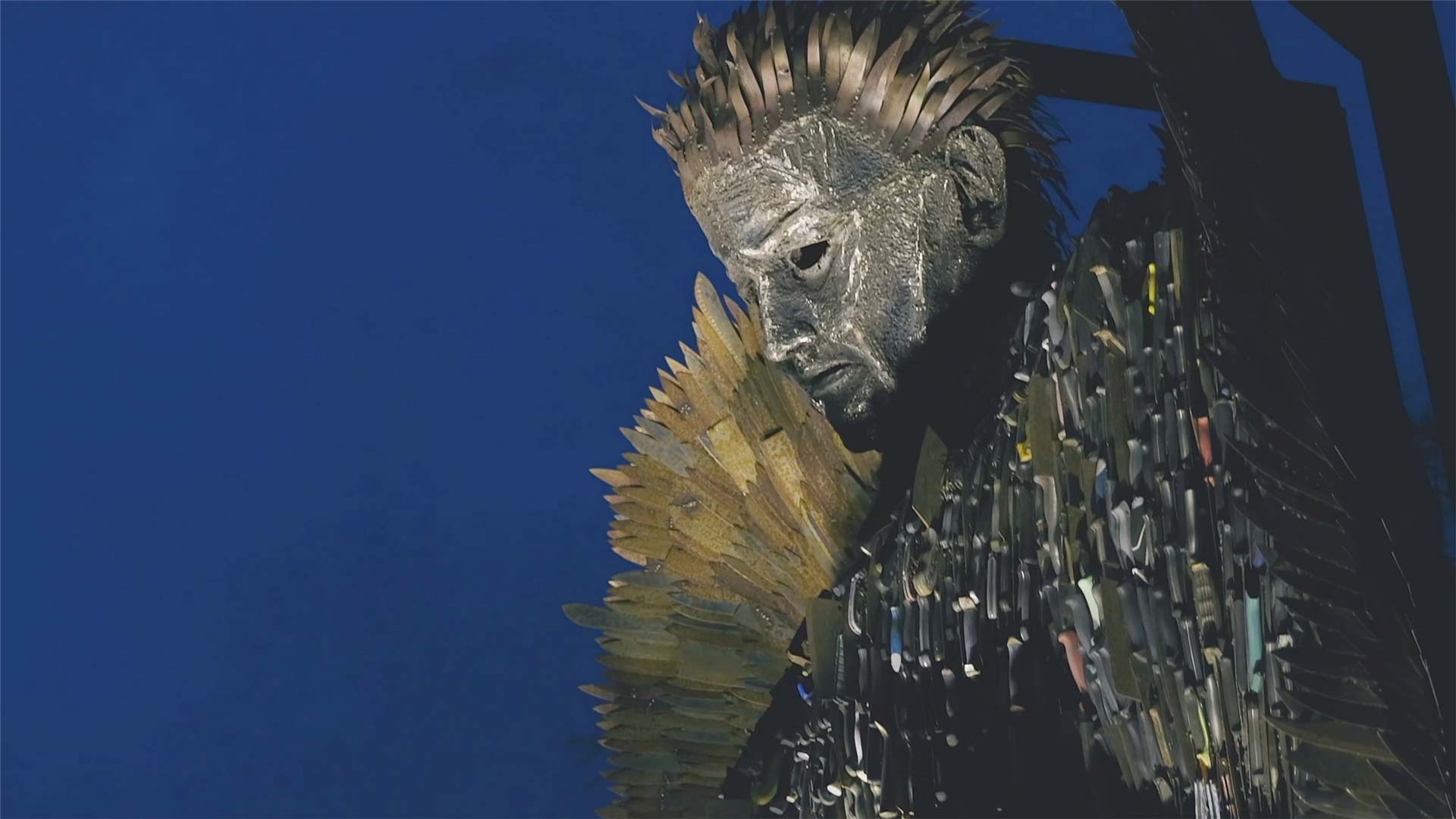 Film Objective: A film highlighting how Powys is standing up against violence with the arrival of the Knife Angel to Mid-Wales. This important arts of work resonates with many communities about the challenges faced by aggression and violence.

The Knife Angel which is officially known as the National Monument Against Violence & Aggression, has been touring the United Kingdom to highlight the fight against domestic violence, assaults, bullying, verbal abuse, domestic abuse and violence.

This is a powerful documentary about how the Knife Angel has brought an awareness to the county of Powys in mid-Wales. The sculpture has had a lasting impact and it is a symbol for people who have lost loved ones at the hand of violence. The campaign to bring the Knife Angel to Newtown in Powys was thanks to Councillor Joy Jones, the powers that be and all the volunteers who helped to bring this important message. The film was released by the Police & Crime Commissioner for Powys in his public meeting on June 24, 2020.

More about the Knife Angel

The sculpture is made from knives which have been handed in through amnesties and seizures. This magnificent and moving artwork is a symbol of against violence and it brings out one of the most important messages of our time. It’s large and very impressive; it is 27 feet high and weighs 3.5 tons. It’s made from 100,000 knives which have been donated from every police force in England and Wales.

The sculpture was commissioned by the British Iron Works Centre and Alfie Bradley sculpted this incredible artwork.

Acknowledgements: Thanks to Dan Lambert who assisted as a second cameraman for the installation, opening and closing ceremonies.

Scenes from the Knife Angel film 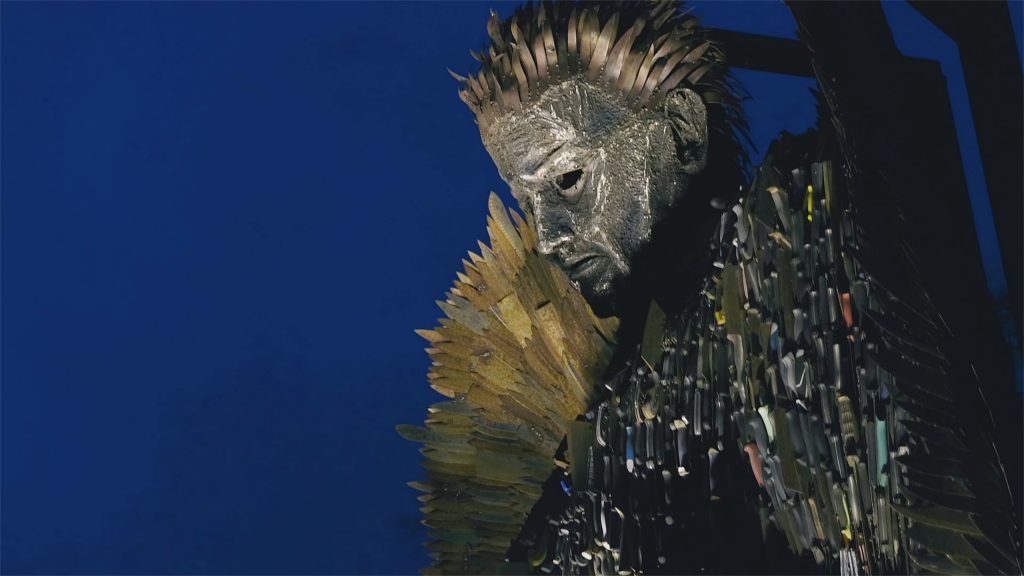 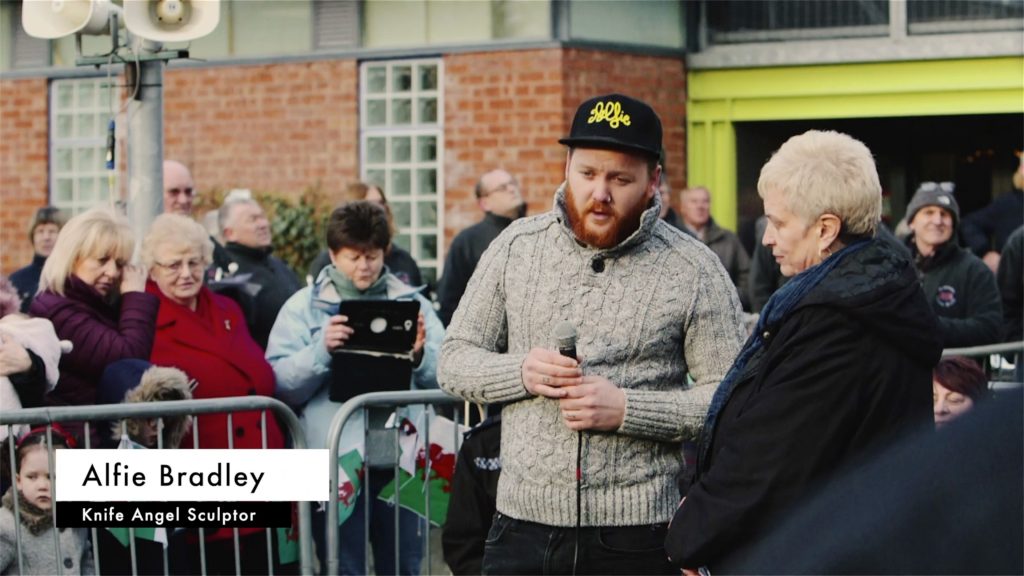 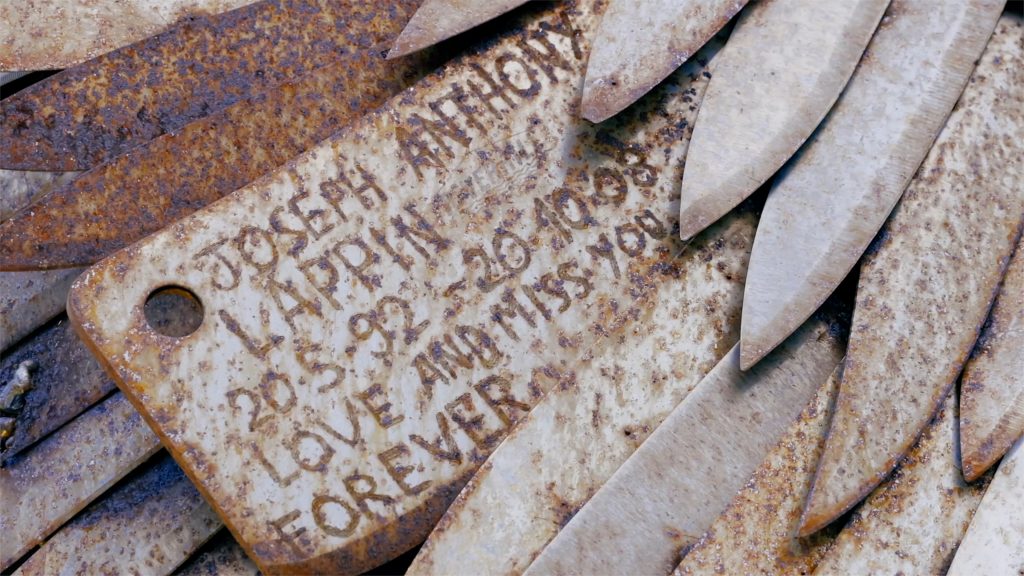 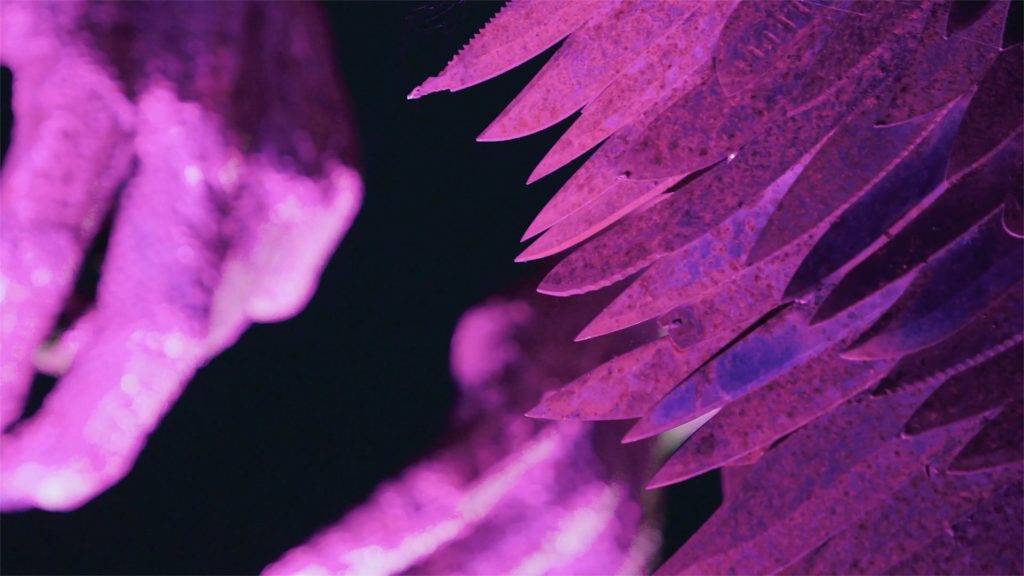 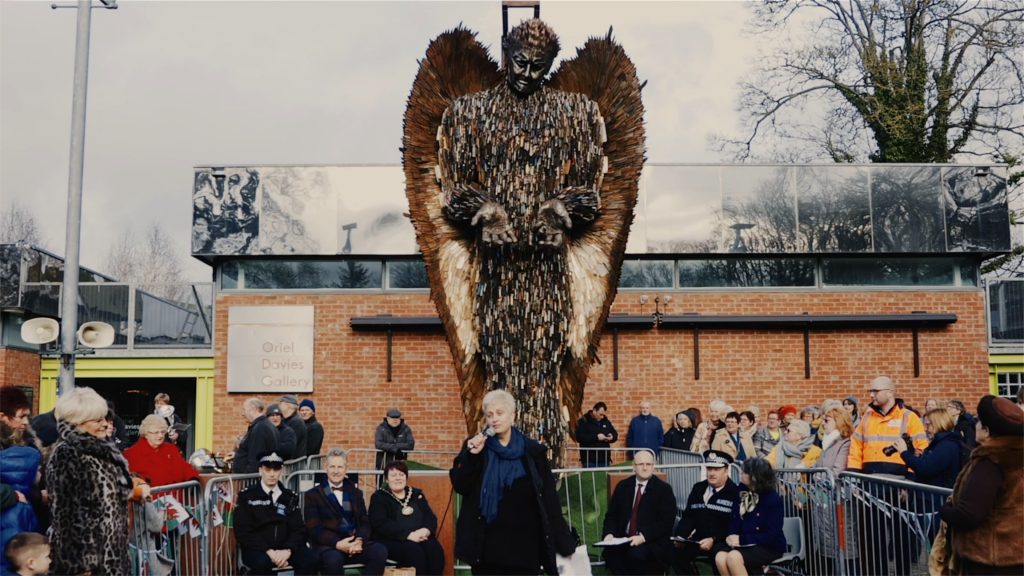 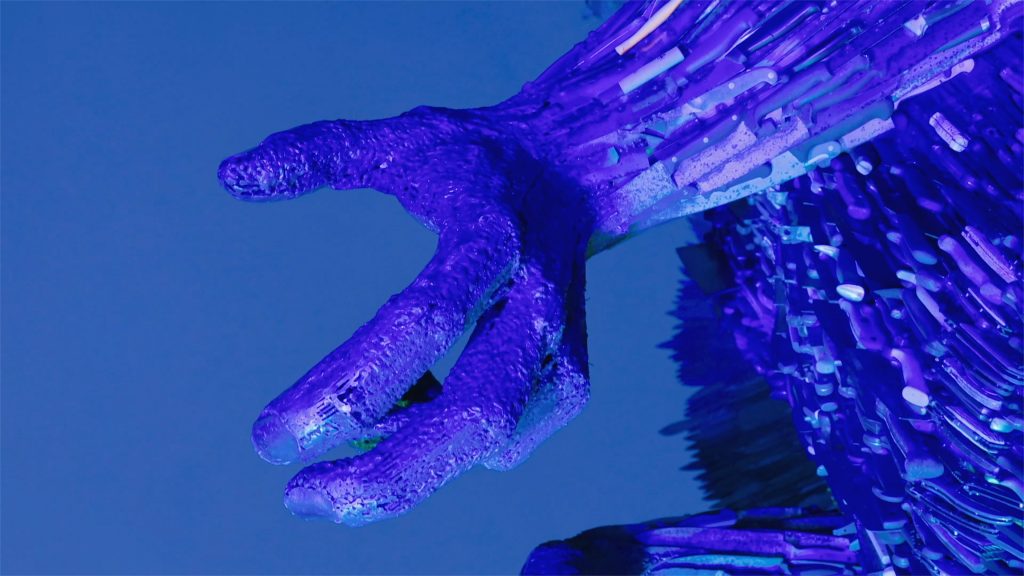 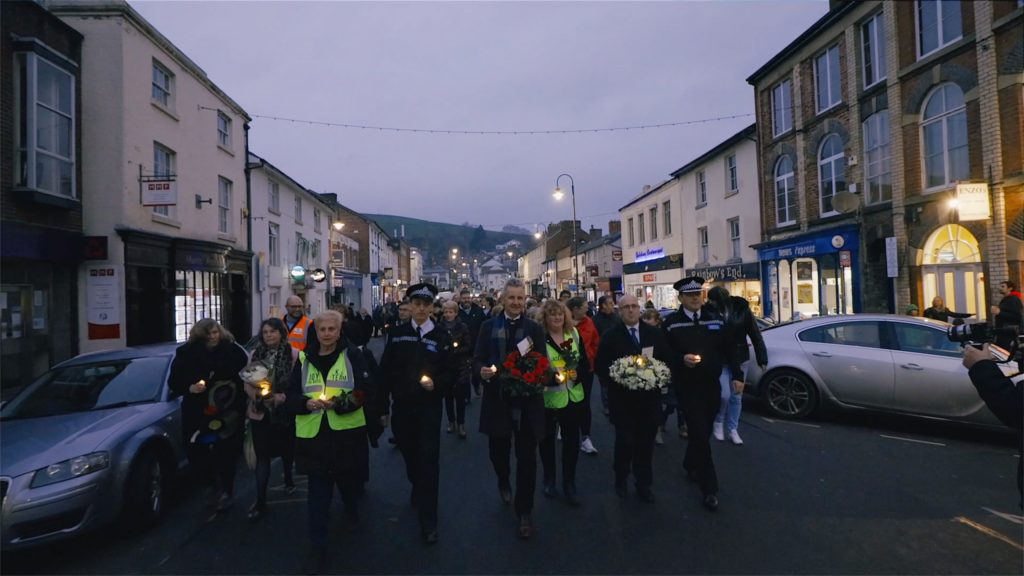 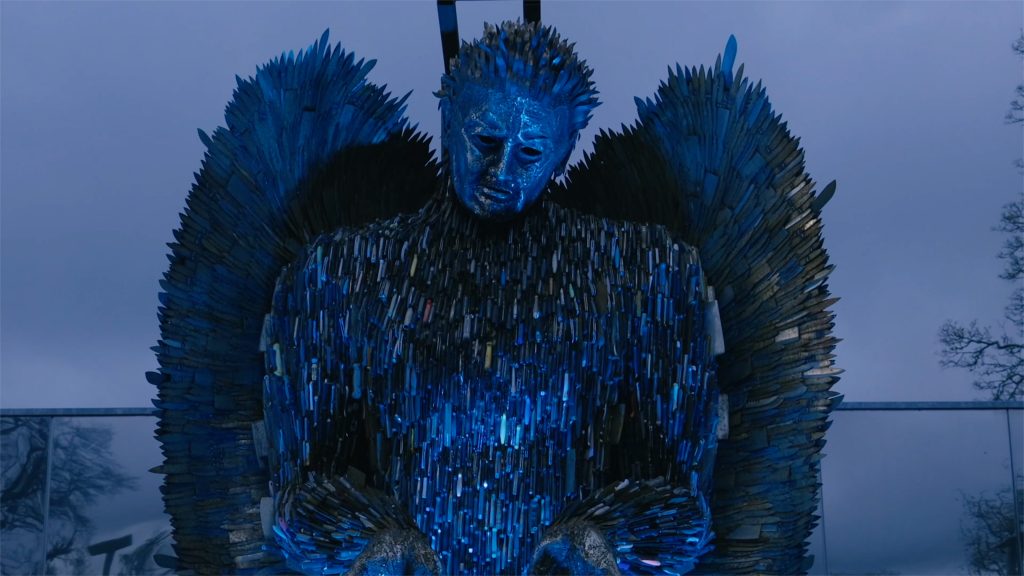 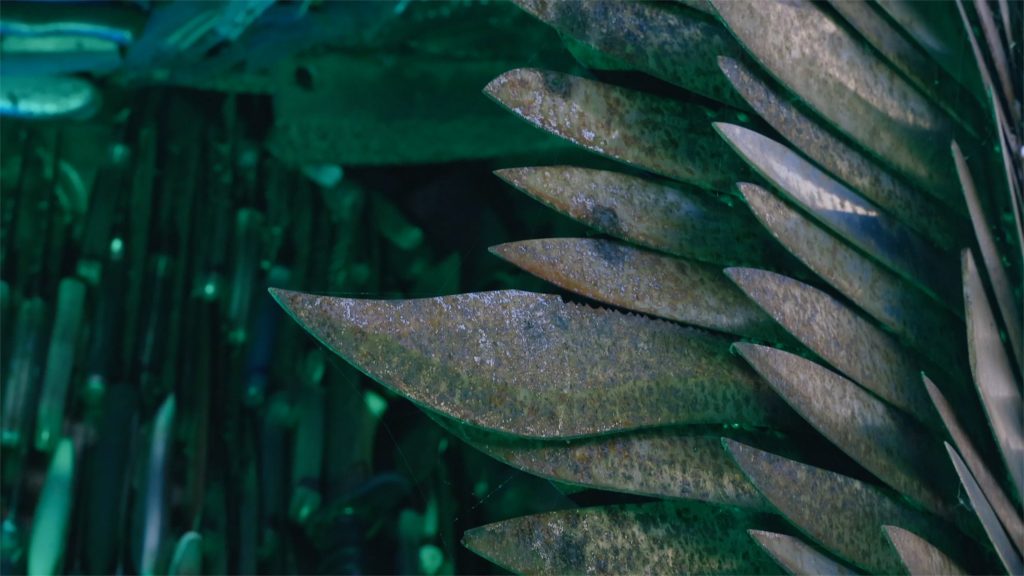 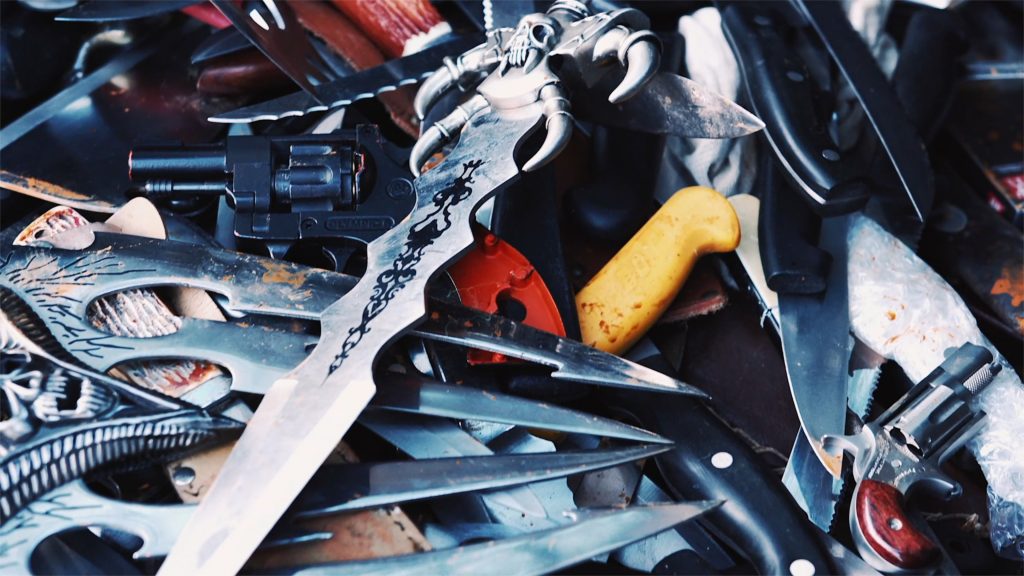 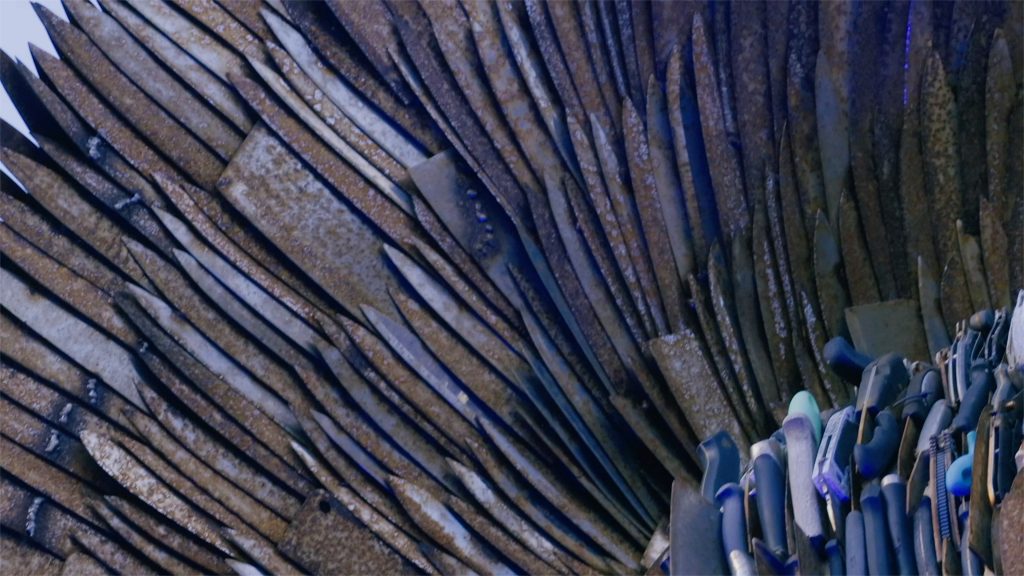 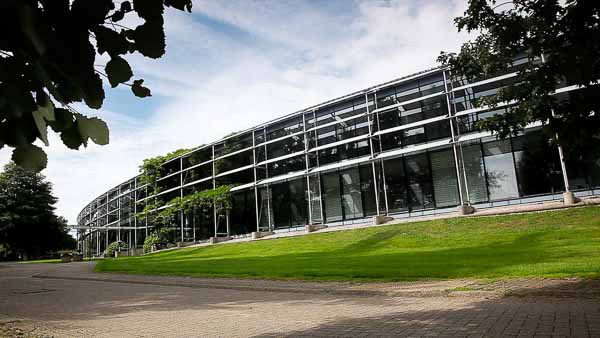 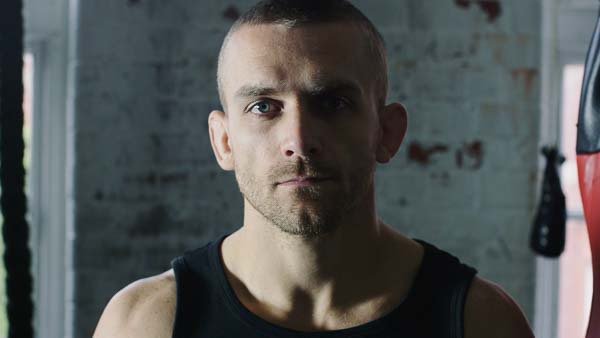 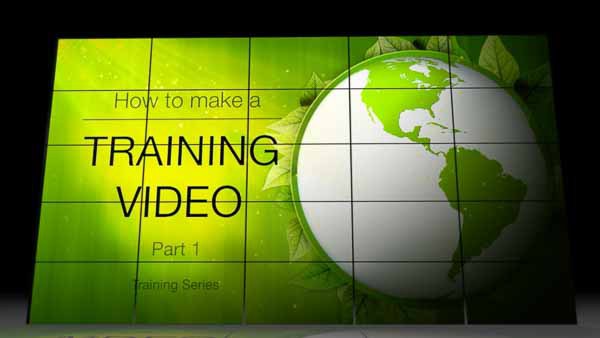 Let’s work together and tell your amazing story.