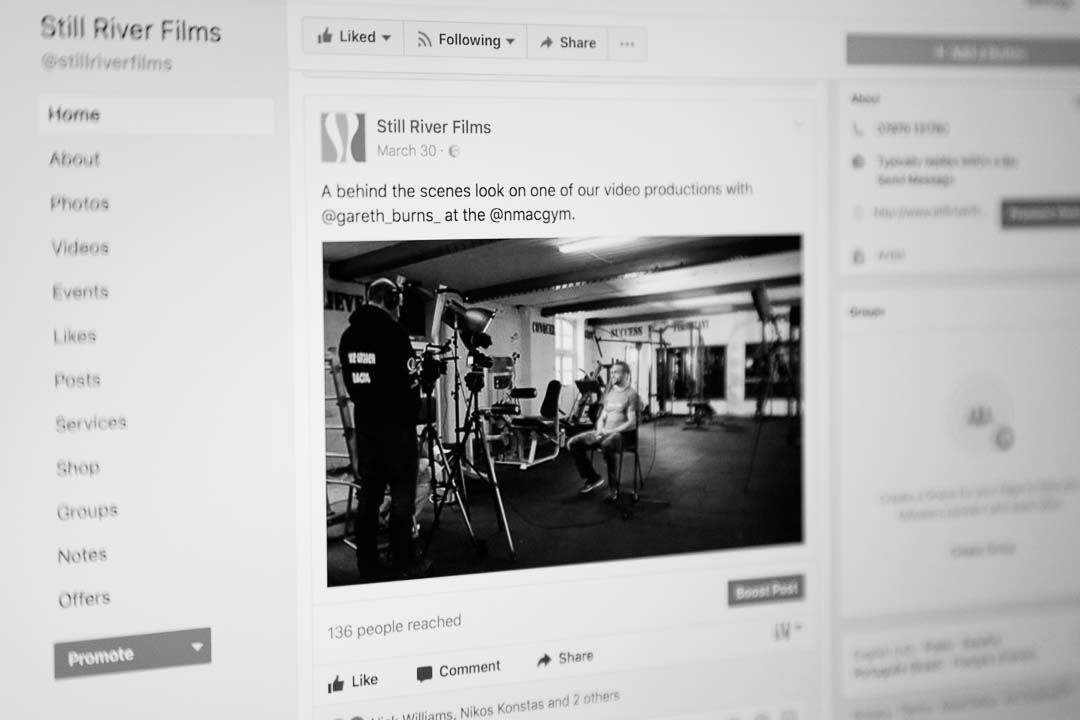 It’s tough for a small business to make the leap into video (or more specifically video marketing). They debate with themselves about whether video is the right way for them.

They question things like, who will even watch it? How would they distribute it? Will they see a return on investment? These are questions that any business, large or small will have to face. Its particularly difficult if the business has never engaged with video before. To them, video marketing is a new concept and that faces competition with traditional marketing strategies. There’s a safety factor in pushing out the brand message through newspaper advertisements, brochures, leaflets and other traditional mechanisms. Furthermore, there’s a slight hesitation on how effective the brand message will be when translated into video; not to mention that video production also sounds hard and potentially very expensive. I think there’s a misconception that making such investments is something that big companies do. That somehow their access to large budgets affords them the privilege to hire large video production teams and to deliver their brand message through broadcast television. Yes, it’s true that large budgets can do this. But the playing field has changed. The Internet and Social Media are continually changing the landscape, no matter whether the business is small, medium or large.

The impact of social media

It’s confusing for businesses though… every time video marketing comes up, social media appears to be at the heart of the discussion. Yes, social media is a great way to distribute video. But if you’re a company that makes nuts and bolts, then it’s hard to see how social media can benefit you. Social Media is not the right solution for every business. It simply comes down to this; does the business impact “people” in someway? If the products and services affect people directly, then you’re most likely going to want to attract them through social media. But whether or not you’re a “people” business, the questions remains; does this impact your video marketing message? Maybe, but the Internet is a big place these days! There are many more opportunities to deliver that brand message right in front of a targeted audience, like YouTube or the business’s website for example. It must also be said that not all social media is equal. Facebook in particular is geared towards “people”. But when you look at Twitter, it leans more toward “delivering a message”. Donald Trump’s success at distributing his message through the 2016 American Presidential elections is proof enough that Twitter works.

Social media and Facebook in particular have changed how businesses approach their marketing message. The allure of Facebook for many businesses has seen a mixed bag of reactions. In some cases businesses have wholeheartedly embraced the wave of social media, going so far as to create specialist teams to distribute content on not just one, but many social media platforms. Whereas the majority of businesses have taken a more cautious welcoming – dipping their toes in and creating a business profile page; making the occasional post and advertising a bit of news here and there. Unfortunately, this kind of limited social media engagement makes it more difficult to gauge the success of the business brand message.

Any business that has tried to maintain an active presence on social media is already aware how much work is involved. It’s tough work updating the news feed with valuable content! Everyone dreams that they’ll make that “one” post which goes viral and generates huge volumes of traffic. The news is that those days are largely over… Many industry observers are looking to the next big thing in social media, and many believe its video.

Some large organisations have already engaged with this concept and are expanding their video production teams exponentially! Elite Daily, an online publisher expanded their team from 7 to 35 people within a year. They produce two videos a day and have accumulated a staggering 153 million views on Facebook alone; nearly 19 million of which were within a single month. Likewise, Quartz another online publication created a 3-person video production team to create videos solely for Facebook and YouTube. Making it a fascinating example where the videos were not even intended for their own website. In 6 months, the company accumulated 45 million views over 130 videos and 43.4 million of those views occurring on Facebook. Not every business can afford to create a video production team, but I think these examples show that there is an audience out there greedy to consume video content!

There has never been a time where video has been more distributed and more available to every business than right now. It’s clear that video is here to stay! And yes, it is true that Facebook is leading the pack in getting people to consume even more video content. Facebook’s development in auto-play video has indeed paid off. The platform now experiences countless billions of video views every single week. Other social media platforms have followed suite and expanded their offerings to include video content as a result. Instagram for example, now make it possible to post 60-second auto-played videos. While other platforms like Twitter have added multiple options for distributing video. You can post a video directly with a maximum playing time of 2:20 minutes, or you can present a video through a posted website link that exposes an associated video. In the later case you need to become whitelisted, but once you’re approved it gives you a special status and it activates the video player card within a Twitter newsfeed.

The marketing message on mobile phones

Marketers and advertising agencies are pushing Facebook video mainly because it’s the one place where they can deliver a brand-focused message on mobile devices. Back in January 2015, Facebook reported that 65% of all video views were through mobile devices. The latest Facebook April 2017 figures reveal that this has increased to 92.7%, enabling access to 1.658 billion mobile users worldwide. There is no doubt that social media is of huge interest in those businesses wanting to distribute their brand-marketing message on mobile devices. One might ask but why is mobile so important? It’s because mobile has traditionally proved to be a challenging platform for marketers. People pick up their phones 150 times a day! People’s attention is short, but frequent. One of the aspects that marketers have traditionally struggled with is the limited Internet browser functionality on mobile platforms – it prevents them from discovering people’s likes and dislikes. However, marketers have had to become quite creative to gain people’s attention because it is spread across different apps, messaging and other mobile services.

It shouldn’t be surprising that businesses have been embracing video ever since it was introduced on Facebook. The main reason being that over 40% of people who viewed the videos had viewed the entire video. This was in the backdrop of an industry average that was 25% as far back as 2015. Facebook’s COO, Sheryl Sandberg said in November 2015, that 1.5 million small and medium-sized businesses shared videos during September (of that year) alone. Just 11 months earlier in December 2014, Facebook had overtaken YouTube in the number of video uploads made to each respective platform. Thus, Facebook has become the first choice for many marketing campaigns, not just because it has become the dominant video platform, but marketers can also acquire viewing statistics and target advertisements to specific audiences.

Social media has rewritten the rules for video

Facebook’s effect on video has totally uprooted many of the traditional ideas for video content creation. Many have found that simply posting their TV commercials hasn’t translated into any meaningful user engagement. IAMS, the cat and dog food company tried uploading their 15 and 30 second television commercials to Facebook, only to discover it didn’t work. This is despite the fact that people love cats and dogs and that Facebook is filled with cat and dog videos! Kinetic Social, a digital brand marketing company, revealed that video advertisements from pet brands had a less than 10% completion rate. This resulted in IAMS having to reinvent their approach in their social media video marketing efforts. Their biggest challenge was getting a brand-focused message within the first 3 seconds of the videos. They had to find a way to highlight the IAMS brand and associate it with cats and dogs. This is what makes it more difficult to create impactful videos for social media. Videos designed for social media have to overcome a few challenges such as the potential lack of sound, people’s short attention span and making videos that are visually useful and/or entertaining.

Having said all of the above, recent reports imply that Facebook video continues to evolve and change. There is new evidence to suggest that long-form video is gaining traction on Facebook. So the rules are once again being rewritten… Time will tell how Facebook video will evolve, but it is true to say that if you are an entrepreneur or a small or medium sized business, your competitors are already using video to conquer your customer base. Don’t get left behind… now is the time to invest in video marketing initiatives!